Each month we carefully select between six and eight gourmet food products from award-winning Irish artisan producers from across the island of Ireland, box them and deliver the tastes of Foodie Heaven to your home or workplace, no matter where you live. 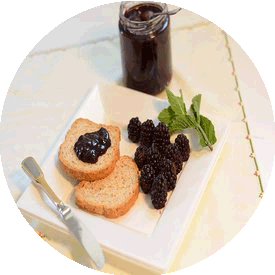 Gourmet treats from Ireland carefully selected by us 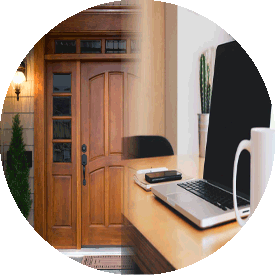 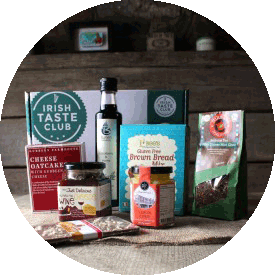 Culinary snacks and treats from the Emerald Isle or you to share & enjoy!

Founder of Wicked Blends, Steve Scott might be a Dubliner, but he is now firmly based in the fields of Athenry in County Galway. A keen motorcyclist, Steve, embarked on a tour of Europe that ended up being a four-year-long adventure, as he worked in various restaurants along the way. Next came a trip across the Atlantic to the USA where, after catching the BBQ bug, his love for meat rubs grew, and he founded Wicked Blends on his return to Ireland. Steve’s range currently consists of four flavoured rubs, and for this month’s box we’ve chosen the Mojo Rub, which has an amazingly zesty citrus flavour blended with a hint of garlic and chilli. This is ideal for burgers, chicken wings or, indeed, as a rub for any meat.

Firstly, this is not something to eat, but I’m sure you will have guessed that anyway! As well as foods there are also many other kinds of artisan products made all over Ireland, and we thought “well, let’s see if there is something a little different we can send”, so here it is. We first came across The Soap Room when our neighbour bought some bars for one of our family for Christmas, and she suggested they would be a lovely addition to the Taste Box. The soap received rave reviews in our house, so I contacted founder Simona and looked at her wide range of soaps, creams and cleaners. Conscious of using anything with a strong scent in the box, Simona suggested her Atlantic Seaweed Soap, which does not feature any fragrances in its manufacture, so there you have it in your box this month. The soap is made completely from natural products, without the use of palm oil, and we hope you enjoy using it. 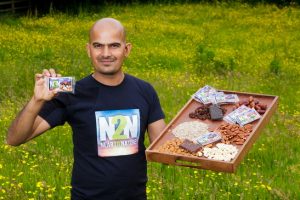 I first met Dr. Thippeswamy Sannaveerappa (or Dr Swamy for short!) at the Irish National Ploughing Championships last year, before Irish Taste Club had come our way. For a while now I’ve been very interested in the power of turmeric, and so when I saw one of his Turmeric bars I just had to try it. Lubdub Foods’ ‘N2N – Near to Nature’ range of bars are all scientifically developed, and are made using 100% natural ingredients – there’s no added sugar, and they’re suitable for vegetarians and vegans as they are free from wheat, dairy and gluten. Currently they have five different bars on offer, and while I have chosen the Turmeric bar for this month’s box, we will at some stage during the year also bring you the Hemp, Spirulina, Kelp and Health bars. Enjoy this really heathy treat.

What a year 2016 was for Galway Food Company. Founded by Clare Colohan, growth has been just phenomenal for this busy mum, whose baking has turned into a successful business. Previously we brought you Claire’s lavender-flavoured biscuits, and while on that occasion all we sent you was a mini pack of two biscuits, due to popular request this time we have for you the real-deal box of Connemara Seaweed all-butter shortbread biscuits. Following on from the amazing Kilbeggan cookies from last month, could this become a battle of the biscuits…?

The BE SWEET Company

By chance I was watching the Nationwide programme on RTE television when they showcased the Be Sweet Co. and wow, what a backstory – founder Bernice is a Virgin Atlantic pilot, and flies a 747 across the Atlantic regularly. When not in the air she loved being at home in North Dublin fulfilling her passion for creating delicious chocolates, and on a flight one night she wondered about growing her business, and had the idea of talking to her boss, Richard Branson about the idea – the Be Sweet Company was soon founded with his help. Now they have an amazing range of products, all produced in Dublin and on sale all over the world. This month we have chosen their amazing Heavenly Scrumptious Butter Fudge, and I sure do hope you enjoy these as much as I did. 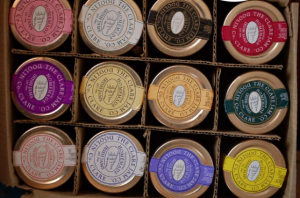 The Clare Jam Company is based in the beautiful village of Doolin in County Clare, in one of the most beautiful sections of the Wild Atlantic Way. Proprietor Vera Muir moved to the West from Dublin with plans of setting up a jam company, bed & breakfast and coffee shop, starting out with the jam company, which became such an instant success that the other two enterprises never got a look in. Now, the Clare Jam Company offers a range of jams obviously, but their range also includes marmalades, jelly, chutney and condiments like cranberry sauce and mustards, all of which are hand-made in the company’s own purpose-built kitchen. With 51 products available from the Clare Jam Company it was hard to pick which one to send you this month, but their sublime Strawberry & Champagne Jam won out this time – watch out for more from the Clare Jam Company during the year. 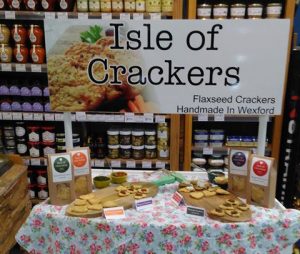 One of our new suppliers this month is Isle of Crackers, a small artisan bakery based in Gorey in County Wexford.  Made with Irish-sourced flour and cold-pressed rapeseed oil, these heart-shaped crackers are mixed, rolled and cut all by hand and brought to you with love from County Wexford. As with many of our other suppliers, I look forward to sending you more of the Isle of Crackers range later in the year.