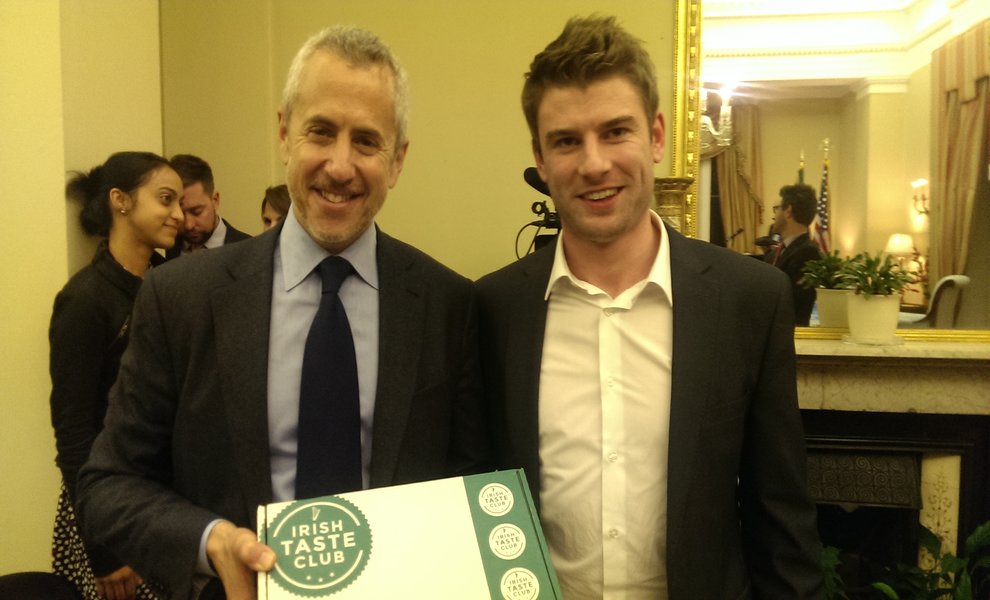 He owns a string of award-winning restaurants in New York City and last night, the King of Hospitality, Danny Meyer was Guest of Honour at the latest Creative Minds event in the US Ambassador’s Residence in Ireland.

Ambassador Kevin F O’Malley invited him over to talk to a group of two hundred people about the golden rules of hospitality.

Irish Taste Club was there too.

Here’s what Danny Meyer had to say about his newest idea- abolishing tipping.